“Inbound we have Petr Stepanek, Corey McEwen and Harry Ferguson who I will wager right now will rack up more goals between them than the four players we have lost.”

With the players back in training and the first pre-season scrimmage about to face-off this weekend, the question has to be ….. does this Team Phantoms have what it takes to better last season’s desperately tight second place finish in the NIHL1 South ?

A debut season for Jordan Marr, ably backed up by Ryan Bainborough and that’s a step-up on last season for me because we have two guys here with the experience and capability to do the job and render netminding an area of little concern no matter who gets the start. 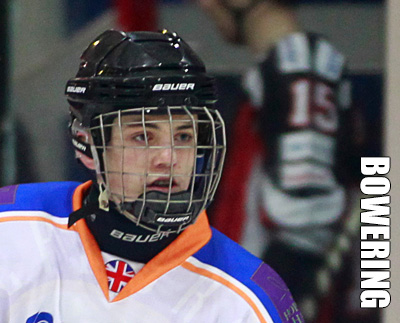 In terms of our D-men, Scott Robson, Tom Norton and Rob Ferrara feature in my top five of all NIHL D-men. Callum Buglass is highly regarded and should fit in perfectly to make two very strong defensive rotations. Brad Bowering will have a major breakout season ahead of him ….. a genuinely very talented young player who plays with maturity way beyond his years. Throw in utility D-men in the much underrated Nathan Long and Nathan Pollard – who I’d personally prefer to see up front – and the defensive unit not only looks strong but significantly stronger than last season for me.

Out go Nathan Salem, Darius Pliskauskas, Leigh Jamieson and Owen Griffiths ….. four players with CVs to impress but all of whom delivered no more than 75% of their value-ad during last season and amassed less than two goals per game between them which is a poor return from four very capable, and probably quite expensive, players.

Inbound we have Petr Stepanek, Corey McEwen and Harry Ferguson who I will wager right now will rack up more goals between them than the four players we have lost. Stepanek should be very hard to stop at this level ….. he has size and plays with size and could prove to be the gamebreaker we lacked last season. Corey is a proven sniper and he’s back on familiar ice and will add big points because he does that wherever he plays. Harry is a tough, six foot center with two years experience at Elite level where he has scored goals so dare to expect big things from him too ! 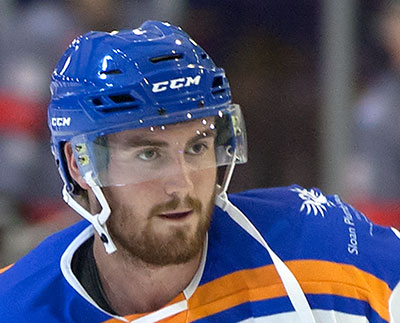 much wiser to the challenges ahead than he would have been last season ….. remember you heard it here first ! Great to see the team’s heartbeat player, Will Weldon, back in camp ….. we are simply a better team when he’s around and there is plenty of exciting, full-on local cut and thrust from James White and Nathan Pollard, ably backed up by the energetic young trio of Taylor Romeo, Jack Escott and Jarvis Hunt.

Last season, we averaged just under five goals scored per game which was better than our rivals but probably came up short on what a roster like ours should have delivered. Much may depend on working out the right lines which I think we struggled with last season. Getting the best out of players like Padelek, Stepanek, Billing and McEwen so that they deliver numbers near to what we know they are capable of, will require us to get the right lines settled early so that they can gel and strengthen as the season progresses.

Like the players and like us fans, our coaching team will definitely have ended last season a lot more clued up on the nature of NIHL hockey and how to deliver a strong team from a roster that can only be played subject to limiting NIHL rules. They will have noted that we maybe performed better against the higher pedigree teams than some of the lesser teams and that we may need to have a variety of playing styles available to us.

Whatever the case, our coaching team have a lot of experience both at this level and above and I’m confident they will know exactly how to approach the new campaign.

A lot of money has been shoveled onto Bracknell Bees as Bracknell are really last season’s Basingstoke but ….. are they really ? You can migrate players but can you really migrate a team ? There are a few players missing from the migration, notably Aaron Connolly, Dan Scott, Kurt Reynolds, Grant Rounding and Dan Davies and the migrants will have to mix with a few Bracknell lads in front of fans who may not offer a lot of patience if things don’t start well. They will be there or there abouts but by no means a shoe-in for the top spot. 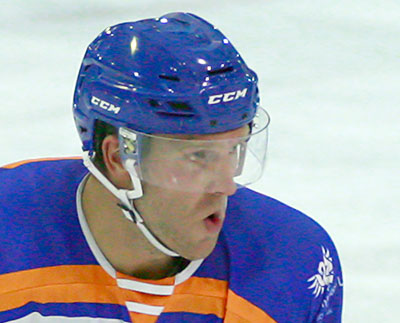 Swindon were everybody’s dead certs for this season as they looked unbeatable in the last third of last season but they haven’t really strengthened over the Summer. That could be a shortcoming but are they really just playing smart here and looking to carry on where they left off with the same team ? I suspect and fear the latter and if they get off to a good start then I can still see them being the team to beat.

Romford/London/Raiders have signed a lot of players but mostly in the same vein that they had last season so a lively, tenacious, aggressive side will be even more so this season and without a doubt they will be an extra large banana skin side for the favourites to negotiate.

Invicta won’t threaten the top but the signing of Martins Susters plus the two Bartlett brothers will certainly add a whole lot of entertainment to their visits and, again, a slightly bigger banana skin opposition than last season.

Streatham and Milton Keynes both look to be once again in the “just happy to be here” camp while, last but not least, the all new Basingstoke Bison could be anything. On the face of it they are too short in numbers and quality to threaten the top teams but any side coached by Ashley Tait won’t be happy to just make up the numbers so expect the unexpected !

Overall, I think the gap between top and bottom will be narrower than last season and I think the top teams will drop more points than they did last season. With the exception of the unfortunate Bison, all the teams have, to varying degrees, strengthened and they will also be a season wiser as to the challenges of taking on the ex-EPL sides so, all in all, a more entertaining and competitive league is definitely on the cards.

Last season, I suggested Phantoms would make #2 and with some confidence. This season, I’m pretty much there again but without the confidence ….. there’s a very bold +/- 1 after that prediction this time around. I would pencil in Swindon for #1 and Bees for #3 simply because I think Swindon are going to be ready out of the box whereas Bees will take time to make things work.

Team Phantoms definitely COULD win the league this season and I’m closer to suggesting that now than I was at the end of last season …… why ?

I’ve tried to cram in the word “Team” wherever I’ve used the word Phantoms in this one and there lies the hint. I don’t think we failed last season because we didn’t have the players, indeed I consistently stated that our roster was, man for man, stronger than any of our rivals but we didn’t have the strongest team and, as we all know, players don’t win trophies, teams do.

I may be reading too much into this but I’m pretty confident I’m not. The player movements this Summer have not been about replacing like for like, nor have they been about boosting player strength ….. they’ve been about creating the basis for a stronger team. It was very evident to me from before Christmas last year that the chemistry in the camp was wrong ….. there were clues everywhere and whilst I’m not going to point the finger at any player specifically, it was clear that our team was delivering well short of the sum total of the parts and all was not well.

We have some sharp thinkers behind the scenes at Phantoms and I’m 100% certain they will know that the locker room chemistry must be better this season and I’m just as certain that they’ve made changes to achieve that goal more than anything else.

We will need to show an ability to roll our sleeves up and grind out results against tenacious, hard grafting sides for when our more technical Plan A isn’t working, we need to make Bretton a true fortress with a more intense approach on home ice, we need to forge at least one line that is so hot its smokin’ and we need at least a couple of players offering huge potential to actually deliver that potential this season but the D looks stronger, the offence looks stronger and the coaches should be wiser so why not ?