Since the Ken Cross article last week, former players from both the Pirates and Phantoms eras have responded without hesitation to bring hockey back into Ken’s life.

Leading the line have been former Phantoms players who have not only visited Ken in numbers but have arranged to take him out for a pre-Christmas celebration at the local pub where a gathering of “old boys” will be present for what promises to be a great night for Ken. The same group of players have also moved to try to secure a replacement mobility scooter for the one that Ken had stolen and which has left him totally reliant on others for mobility …… a truly fantastic gesture ! 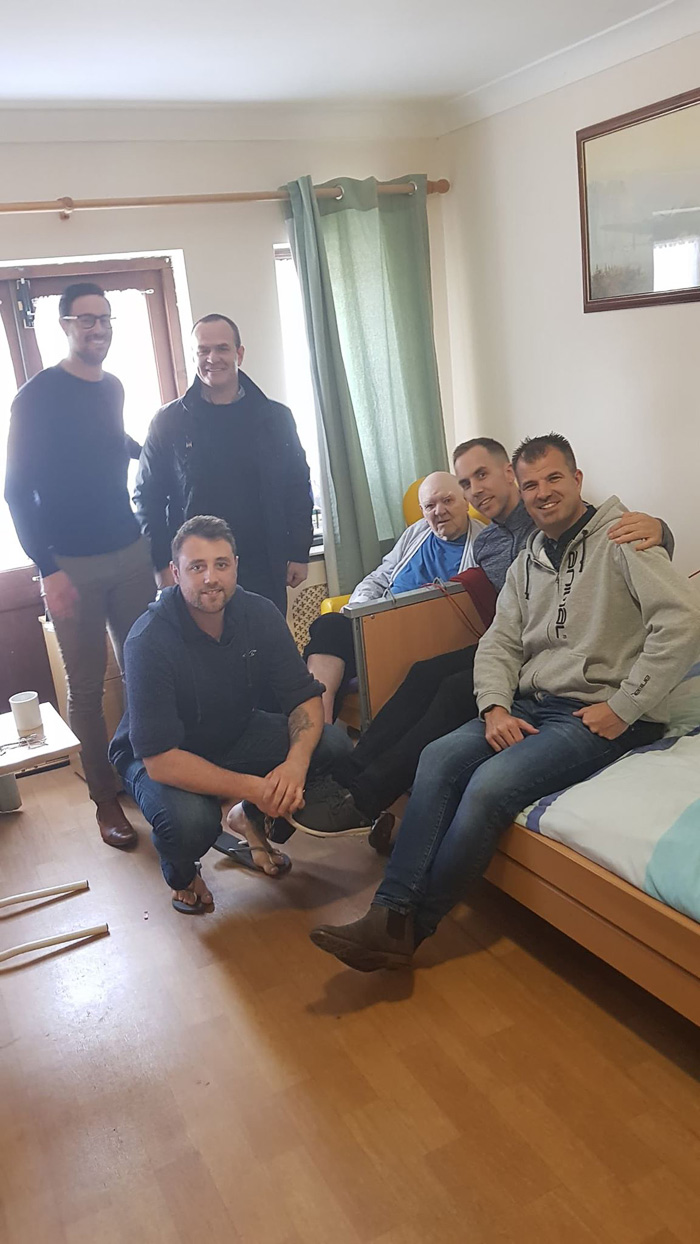 Logistics for getting Ken back into the rink to see a Phantoms game are well advanced and the club are moving to make the Basingstoke game on Sunday 4th November a night to celebrate Ken’s contribution to Peterborough hockey.

Further afield, Ken’s favourite player John Lawless has been in personal contact with Ken which I’m told he was totally overwhelmed by and NFL legend Garry Unger has also raced to send a package over to Ken from Canada …… and there are more plans in the pipeline including a potential game in his honour involving former players travelling over to play.

Several former players familiar to Ken have also contributed short videos (below) that have been shown to Ken and which he loved seeing ……..

If you knew Ken to talk to then please try to find the time to visit him at The Tudors in Stanground ….. he can’t get enough visitors after being left isolated and without visitors for so long.

If you can’t make it but want to send him a message or even if you want to simply send a thank-you to him despite never having met him then please do so …… simply email TheTudors@goldcarehomes.com and mark your email “FAO Ken Cross” and they will print it out and pass it on to Ken. He would love to hear from you whether he remembers you or not and even if his and your eras didn’t overlap !

Further news as we know and plan more !