On the 14th January 1996, Pirates hosted the Bracknell Bees at Bretton on a night that was to go down in ice hockey folklore across the world !

The game was only minutes old when the visiting Bees looked for a big stretch pass breakaway that Pirates netminder, 31 year old British Canadian Tony Melia, was quick to react too. Melia raced out of his goal to lift a two handed stick clearance back down the ice which took a wicked deflection off the skate of Bees D-man Chris Brant that wrong-footed visiting netminder Dave Langford and ended up in the back of the net with 5:25 on the clock !

The hugely talented former NHL Hartford Whalers draft pick Brant was a renowned bad boy and a player opposition fans loved to hate so the “own goal” was received with great hilarity by the Bretton faithful but few realised that it was the first time ever in competitive senior hockey anywhere in the world that a netminder had scored a goal in five-on-five play …… there had been empty net goals before but never when the opposition netminder was present.

To this day, Melia’s achievement is recognised and commemorated in the Hockey Hall of Fame in Toronto which displays his Pirates hockey shirt from the game ! 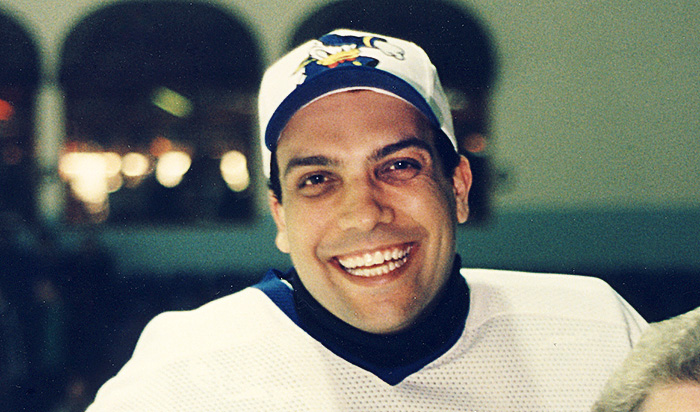 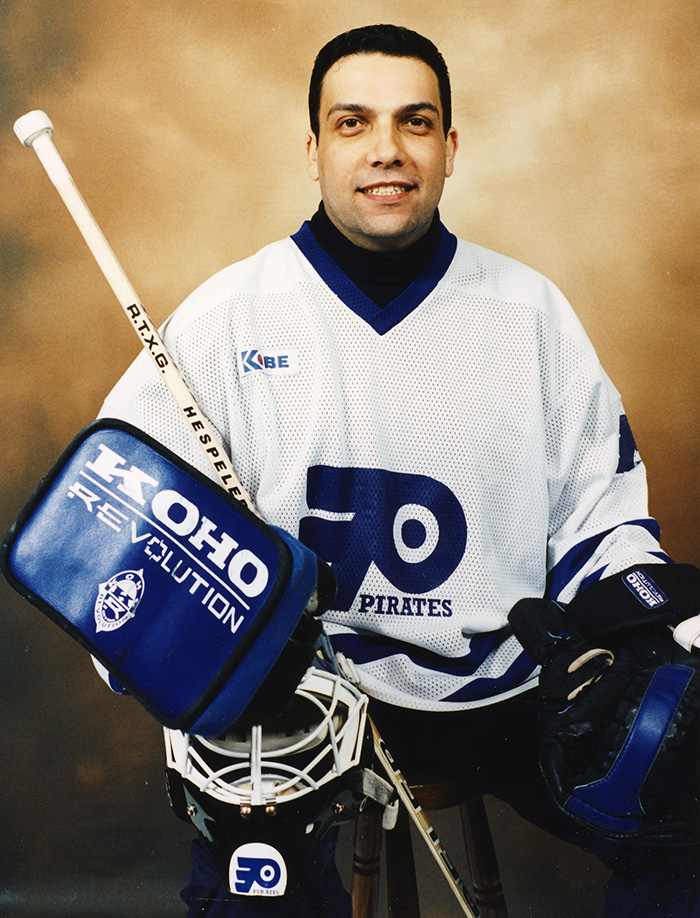 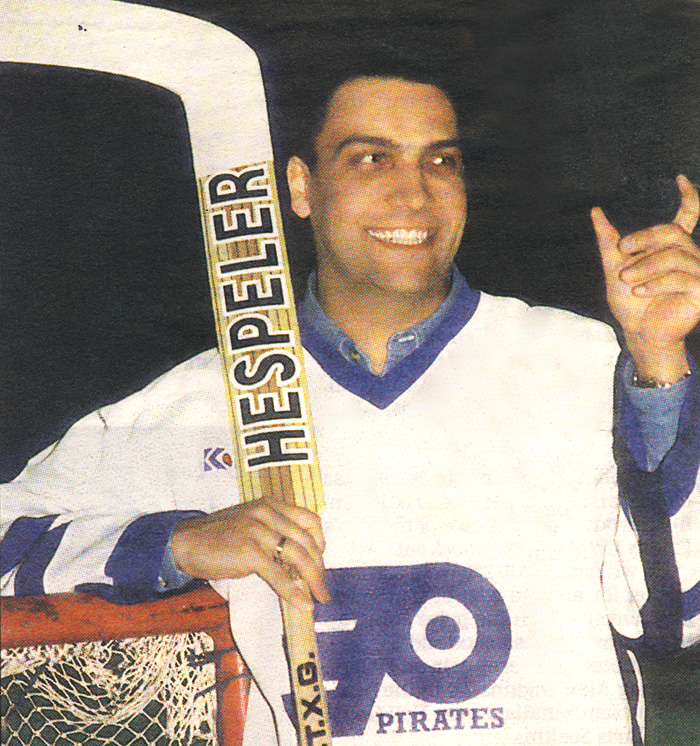 Tony with the goalscoring puck 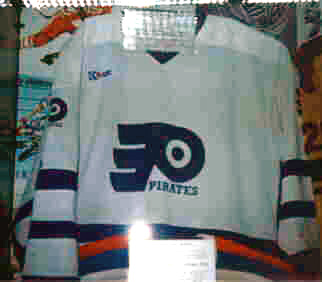 Tony’s shirt in the Toronto Hockey Hall of Fame