Okay, so it has been a tough season to deal with after the high of an exciting, competitive, high quality EPL but whilst it has not always been exhilarating viewing, Phantoms HAVE put themselves within one last huge effort of taking the league title.

Does that count for much …… it’s only the NIHL after all ?

For me, hell yes it does. Like it or not, this is now OUR league and barring a miracle, this will be our league for some time to come. Depressing thought ? Not if you were there in 2002 when Peterborough hockey last dropped down a level to the EPL. Over the following seasons, the EPL got stronger and stronger and became a league that we then never wanted to leave and the NIHL could evolve in the same way. 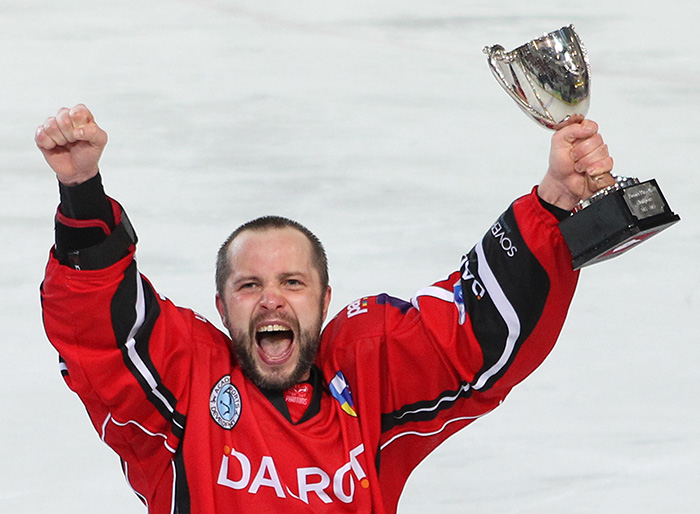 I saw Pirates win two league titles in the 1980s and I don’t believe either was won on home ice, nor was the EPL title win in 2003 and even the Treble season win came on a ferry boat near the Isle of Wight. Winning on home ice would be VERY special and may be something you won’t have the chance to see and enjoy again for decades to come, if ever !

At several points this season we, as fans, have looked at our team and questioned performances, results and even commitment to the cause but on Sunday the spotlight is rotated 180 degrees and it will be shining very brightly on YOU and me and those who count themselves as Peterborough hockey fans of any description. 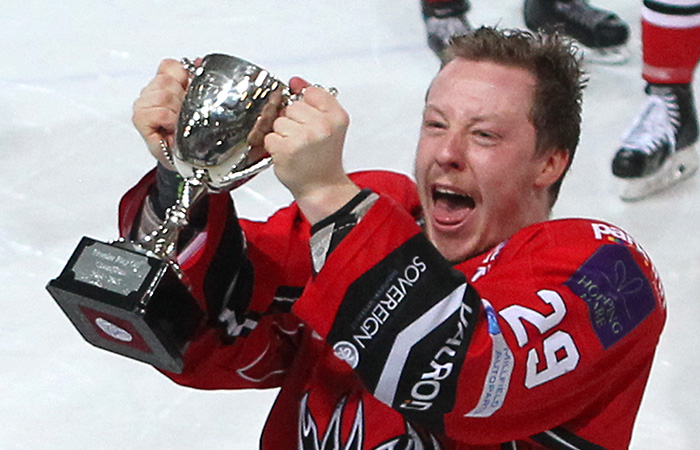 The recent Autumn Cup Semi-Final second leg at home to Swindon was a big midweek cup game, perfectly poised, against a top team and with a trophy within reach and …… less than half of our fanbase turned up. To be honest, for all the failings of any of our players, that was a shocking performance on the part of us as fans ….. really embarrassing and something I have not witnessed before in 36 years of Bretton hockey !

We, as fans, got it horribly wrong that night. We turned our backs on our team but now is the chance to redeem ourselves. Sunday is even bigger than that night and it is time for us all to step up to the plate and play our part. There is little to choose between the relative merits of Phantoms and Bison whether you look at players or coaches, it is tight. The smallest and most marginal factors WILL likely decide the outcome in this one and the extra 5% that each and every player will find if they skate out to a huge and noisy home crowd could well make all the difference. 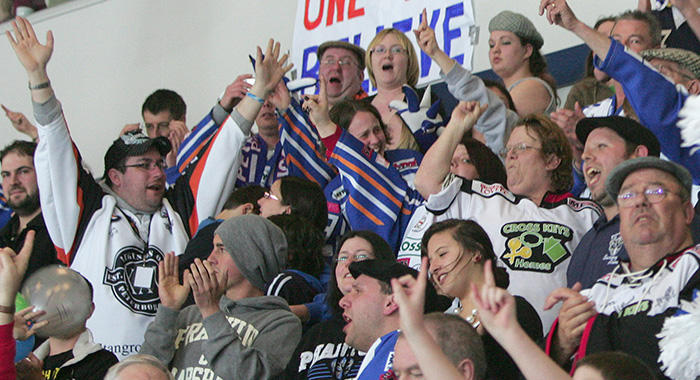 If you are working – take the day off, if you have other commitments – cancel them, if you are away – come back early but do NOT miss this game. Do not make excuses for not being there because if you are a Phantoms fan of any description, male/female, young/old, regular/casual, past/present then there are no valid excuses for missing this one …… be there, loud and proud, start to finish, make the difference and lets get this one over the line.

THIS IS OUR TIME !