“Bracknell are not blowing teams away, nor are Swindon, nor are Basingstoke. Streatham have strengthened, so have Invicta, Milton Keynes ran us close on Sunday and Romford currently sit top of the table …… I’m genuinely excited about the season ahead and seeing far more games where it could go either way.”

As some of you may be aware, I’m a lifelong Aston Villa fan and you won’t be surprised to hear that I’m quite an active member of very many fan discussion groups over there. The “so what” on that one is that at the same time as Phantoms dropped a level, so did AVFC and I can tell you now that the reaction of the two fanbases has been pretty much identical with repeated infighting between the “positives” and the “negatives” with some fans more than happy to see their team winning games and others scathing that we only just beat teams like Burton Albion if we beat them at all !

“We should expect better”, “We are better than this”, “They shouldn’t be able to compete with us”, etc, etc …… I hear it there and I hear it here too and it is all based on a level of expectation which, in turn, is based on historical success and a perception of being a “bigger” club simply because of where we have been before and what we have achieved before. It makes for a poisonous atmosphere both online and at the games themselves where the atmosphere “ain’t what it used to be” and where goals are greeted with exclamations of relief rather than genuine outbursts of joy.

Now the parallels end there because AVFC have a huge established fanbase and the sport is so well established that fans are unlikely to walk away. They will still back the team in numbers, albeit more out of inescapable loyalty than any belief that they will be royally entertained, so the club will not suffer in the short term but for Phantoms …… that’s a different matter altogether and one that fans need to be seriously concerned about !

Last season, we faced Swindon in a midweek cup semi-final at Bretton. This was a perfectly poised game, an attractive fixture, one step from a trophy game, the sort of fixture that historically has filled the rink and ….. nobody turned up. For me it was one of the biggest low points of my time supporting Phantoms and one of the scariest too. If we can only pull a “crowd” like that for an attractive fixture then what message does that send out to club owners either current or prospective ? What does it say about this city’s appetite and even this fanbase’s appetite for ice hockey ?

Shortly afterwards, we had the end of season “title decider” with Basingstoke which, for me, was the biggest game of any I have seen here in the Phantoms era. Forget the Treble season glory nights, this one was make or break on a much deeper level ….. not on the ice but off it. You couldn’t get a bigger, more attractive game at the level we are now playing at so this was one huge piece of litmus paper being plunged into our fanbase and it would tell us whether there was still an appetite out there or whether recent events really had inflicted mortal damage. I said before the game that I’d rather we lost in front of a full house than win in front of a half empty one but, thankfully, the fans did turn out and the rink was nearly full so I knew then that there was still hope. However, I sill sense that the underlying problem has not gone away and that the potential consequences of that problem remain very real and very worrying. 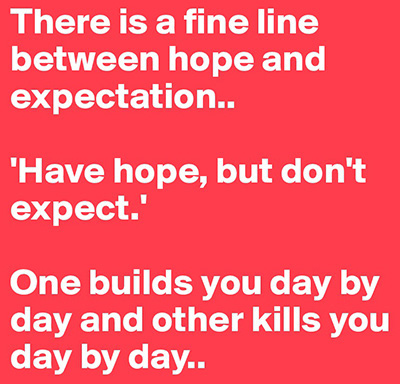 The problem isn’t standard of hockey – we’ve doubled current crowds with worse hockey and it isn’t lack of trophies because we’ve doubled current crowds in barren trophy-less eras let alone seasons. It is, in part, down to a less attractive all round match night experience which is something we can improve on in places but are simply stuck with in others but fanbase expectation is where real damage is being done right now and where all the barriers to progress and the rebuilding of a better short term future are blocking the road.

Consider the science of expectation on game nights for a moment. For way too many fans, there are three potential emotions arising from attending a home Phantoms game …… we win by a big margin but then expectations suggested we should so no big deal there, we win by a small margin and that is below expectation so not happy with that or, as with last Saturday, we don’t actually win at all and that is unthinkable and leads to cataclysmic meltdown. Whatever the result, there is no positive for those fans. With expectations where they are, gone are their days of walking out after the game with fist clenched on a high because we’ve just beaten one of the “big” teams ….. now we ARE the “big” team and we are supposed to win all games !

Ultimately, those fans are unlikely to keep turning up. They are losing the desire to be there, they are losing the excited anticipation, they are losing the highs of celebration and joyous victory …… they are losing all the things that probably brought them into hockey in the first place and we have already seen far too many walk away. I can tell you now that if that continues then hockey as we currently know it in Peterborough is at very real risk because gate receipts are declining, costs are increasing and we are operationally sliding deeper into the red every week.

Now that’s a long pre-amble and a rather dramatic punchline so, damaging or not, are fan expectation levels actually unreasonable or wrong ?

I hear from many, in this fanbase and elsewhere, that we are one of the “big” clubs but what does “big” mean ? The rink isn’t big, the crowds aren’t big so that has to infer a big money team operating on a “big” budget ? Is that what we are ?

I spent many years working with the club and I saw the financial workings of a hockey club at first hand and I’m also still in touch with people here and at other clubs at all sorts of levels and I would suggest that if you listed the eight NIHL1 South clubs in order of the size of their operational budgets, Phantoms would NOT be in the top half of the table so our “big” club status in the minds of some would be plain wrong if it is based on perceived financial clout …… there are several rival clubs running with bigger budgets. 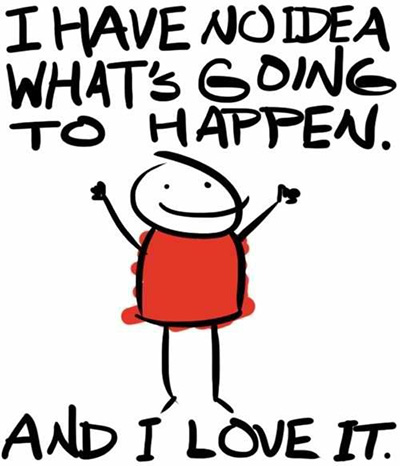 Do we have advantages in terms of access to players ? Only to a very limited degree. We do have good off-ice staff that have or have had involvement at national level and that does attract younger prospects who want to impress these guys but in terms of established “A-list” players, who journeyed all over during EPL days, things have changed. There are no serious wages at this level of the game so players are not going to uproot and travel distances to play just for expenses. Most have “proper jobs” elsewhere and most now choose to play closer to “home” where they can earn a living and still fit in training and playing hockey.

Where we do have an advantage is in the way the club here is structured. We have good coaching at all levels, we have a fully integrated development programme and we operate in a professional manner ….. we do things right and I doubt any other NIHL club can match that but, in terms of giving us any advantage on match nights, nothing doing really.

So where should fans be pitching their expectations ?

I would suggest they are left at the door of working hard, playing with determination, pride and passion and doing all that we can do to try and win every game we play and every trophy that is up for grabs. As a paying fan, you have every right to expect all of that but drop the expectation when it comes to results or winning silverware because we start on or even behind the same starting line as most of the other teams in our league and there is simply no reasonable basis for expecting us to win. Hope yes, expect no !

If all of the above comes across as gloomy and defeatist, then that was not what I intended. I wanted to introduce some realism but for very good and positive reasons. We desperately wanted a more competitive league than we had last season and we’ve got one. The gap between top and bottom HAS closed and I wouldn’t bet my house on the result of any game this season ….. there are quality players at every team in the league now, including many quality netminders and we are going to see a lot of games like we had last weekend with overtime wins and narrow victories. Bracknell are not blowing teams away, nor are Swindon, nor are Basingstoke. Streatham have strengthened, so have Invicta, Milton Keynes ran us close on Sunday and Romford currently sit top of the table …… I’m genuinely excited about the season ahead and seeing far more games where it could go either way.

If we all adjust our mindsets and eliminate the damaging expectations that we will win every game and every trophy then we might just get back to celebrating goals like they really matter and celebrating wins like we used to and without holding back and mumbling “yeah but its only Invicta” ….. try it !