This Sunday marks the 39th Anniversary of competitive ice hockey in Peterborough. As Phantoms host the Telford Tigers in the NIHL Autumn Cup, so 39 years ago to the day, Pirates were hosting Streatham Bruins in their first ever competitive game in the British Ice Hockey League Division 2. 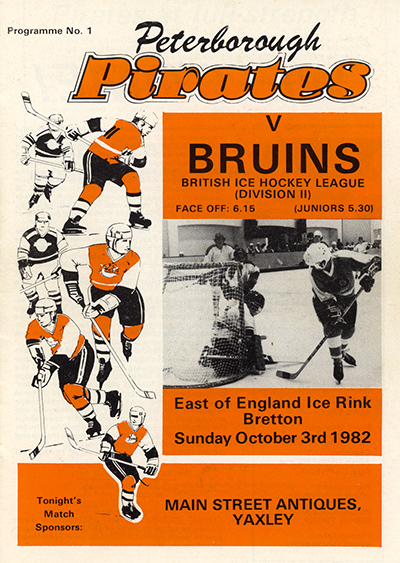 Pirates skated out in front of 300 fans to face a Bruins side who had beaten them with ease in their first challenge game earlier in the summer. Reinforced by their newly acquired dynamic duo of imports John Lawless and Rob Carnegie, Pirates started their league campaign with a superb 12-4 (6-1, 3-1, 3-2) victory – racing into a 4-0 lead inside ten minutes. Both Lawless and Carnegie bagged three goals each with Solihull based Glenn Skidmore also bagging a hat-trick. Ironically ‘Granny’ Raper, who had done so much to get ice hockey in Peterborough to this point, missed all but the opening minutes of the game after taking a huge hit from Bruin Darryl Morvan and spending the rest of the evening in hospital with concussion ! 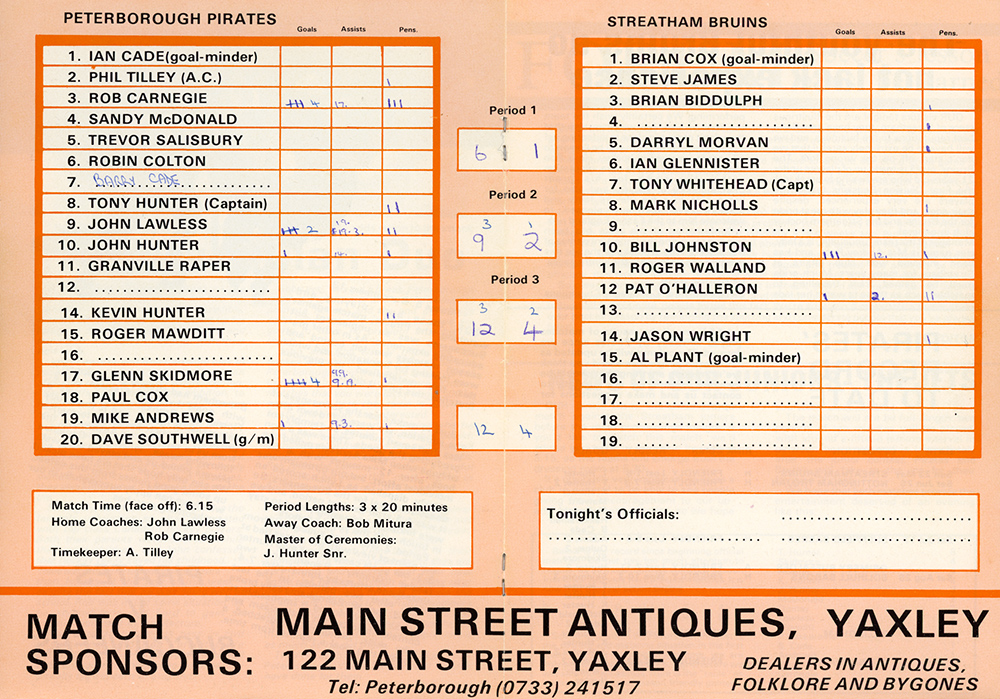 Pirates first season saw them match up with teams from Solihull, Streatham, Bristol, Bradford, Deeside, Grimsby and Sheffield and by season’s end in late March they had tied with Solihull on points at the top of the table and won promotion to Division One for the following season.

Sunday’s Phantoms game will be the 1,925th competitive game in the Pirates/Phantoms history …… quite some achievement and something that officials, players and fans should take great pride in ! 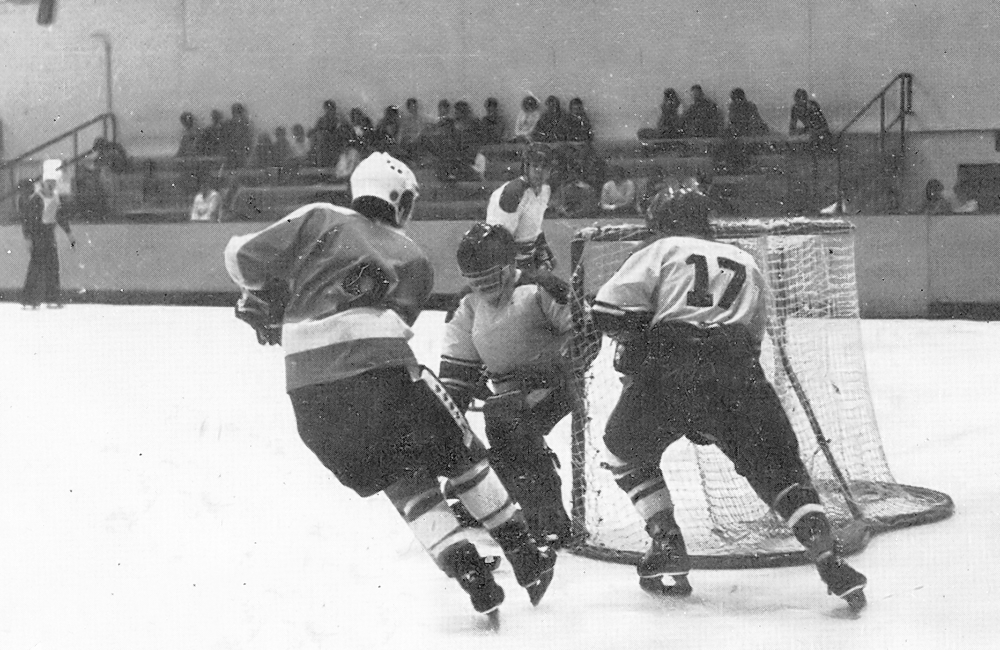 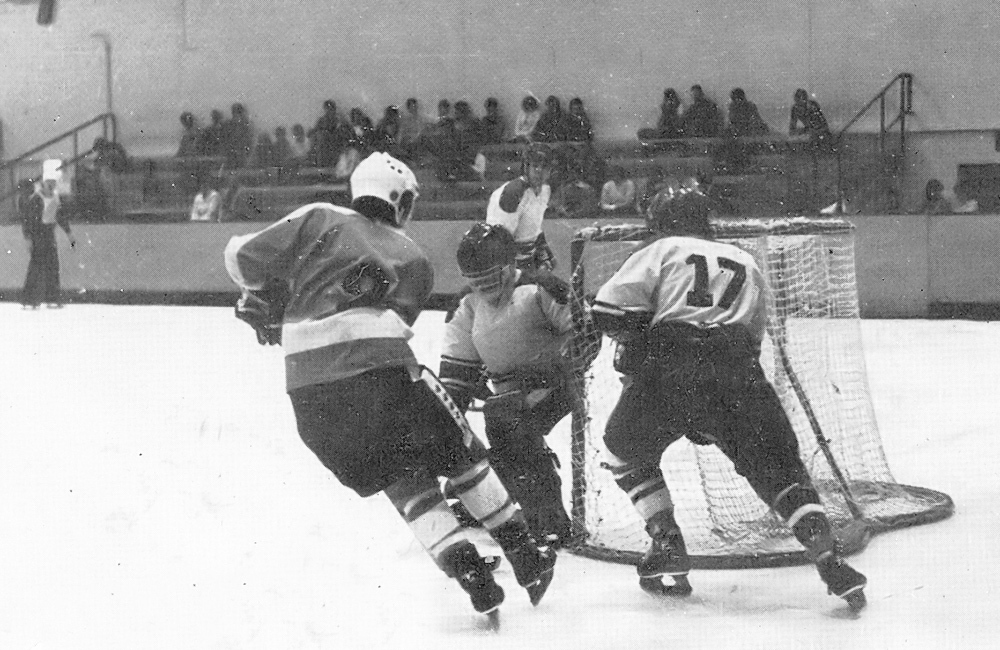