A frantically busy week during the Pirates era with challenge games a plenty but Phantoms did start their 2016/17 campaign on 27th August 2016, their earliest season starter to date as they drew 3-3 at Bretton against the visiting Sheffield Steeldogs.

Three dates from this week that are worthy of particular mention ……

On 28th August 1982, 200 fans turned out for Pirates first ever game against the team that were destined to become bitter rivals over Peterborough hockey’s early years, the Solihull Barons. Pirates won the game 10-2 with all three Hunter brothers, Tony, John and Kevin (above) notching a goal each ….. a remarkable feat that they repeated on a number of other occasions in Pirates debut season ! Other scorers were a hat trick from Glen Skidmore, two from skipper Phil Adams and a single marker from Sandy MacDonald.

On the 31st August 1986, Peterborough hockey legend Doug McEwen (far left) made his UK debut at Oxford against the local City Stars in a 5-6 challenge game defeat. It was to turn out to be a rare defeat for a Pirates side who had been relegated from the Premier Division the previous season and they went on to destroy Division One, wrapping up the league title early and by a huge margin.

The season had started with the dramatic news that Pirates had signed NHL iron man and legend Garry Unger and then backed him up with top Premier power forward Todd Bidner. McEwen was the obligatory third import and very much sneaked in under the radar and largely unnoticed as the fresh faced college kid that nobody had heard of. Despite playing on D and despite being the unknown import, McEwen very quickly grabbed the mantle of fans favourite with an all action rushing D-man style that saw him rack up 104+132=242 from his 46 appearances. Ironically and much to the shock and surprise of home fans, McEwen was released at the end of the season after his style was deemed too cavalier for the club’s forthcoming Premier Division campaign !

After establishing himself as a UK legend at Cardiff Devils and playing for Team GB at the top level of the World Championships, McEwen returned to Pirates and then played in the early Phantoms seasons. 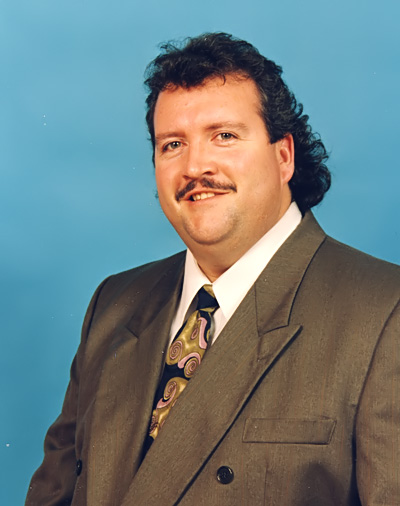 On the 29th August 1993, Pirates opened their new campaign with a home game against the Cardiff Devils which ended with the sides sharing twenty goals in an entertaining 10-10 shoot-out. Pirates new coach for the season was Dan “Heavy” Evason, a larger than life character who fast became a hugely popular member of the Peterborough hockey family with his all-in, down to earth style.

After his debut season, Heavy found himself faced with having no home rink after the infamous destruction of the ice-pad and subsequent rebuild in October – December 1994. Heavy played his part in the rebuild of the rink, regularly seen wielding a pneumatic drill while staying loyal to the club’s precarious on-ice existence with the team having to play “home” games at Milton Keynes, Nottingham, Hull and Basingstoke !