1986 saw the Toronto Eagles touring team visit Bretton but they left with a 6-5 defeat as a momento !

Jason Porter’s testimonial game took place on this day in 2001.

The much loved Don Mills Comets touring side from Toronto popped into Bretton on this day in 1984 and won 10-4 while the well armed Pirates of 1987 with Todd Bidner, Garry Unger and Doug McEwen on board (image below), thrashed Glasgow Summit Eagles 17-4 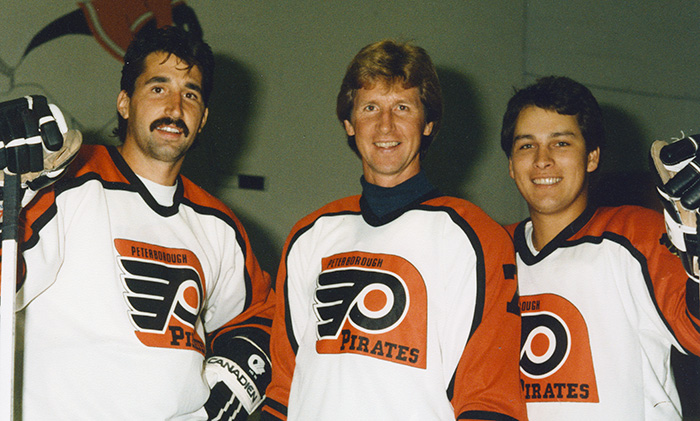 In 2003, Phantoms saw off the Nottingham Lions 8-0 in their debut EPL season ….. the Lions wisely decided to drop down a division the following season !

1986 saw the Pirates making their debut in the British National League Premier Division where they met British ice hockey’s elite. It didn’t end well and on this day they lost 11-3 on the Streatham High Road to the mighty Redskins.

A day not to remember in 2016 for Phantoms who played the first leg of their EPL Cup Final in Guildford where they blew out big time with a 1-9 defeat !

1996 saw a rare visit from the short lived Dumfries Vikings who were good while it lasted, leaving Bretton with a 7-2 road win

Meanwhile, back in 2016, Phantoms won the second leg of their disastrous EPL Cup Final 5-3 against Guildford …… like most present, I left before the end of that one !