A dramatic night for Pirates who won their promotion/relegation play-off game 11-5 in Bracknell leaving travelling fans to race down the motorway to catch Slough taking on Paisley knowing that Slough had to win big to relegate Pirates …… which sadly they did to the tune of 14-5 !

In 1987, a Pirates side featuring messrs Unger, McEwen and Bidner ventured overseas for a post-season tour of Belguim where, on this date, they lost 6-16 to Olympia

A good date for playing Slough Jets. Pirates beat the Jets 10-2 in the 1993 play-offs and, more recently, a battle weary Phantoms came from behind in the 2009 play-off semi-final at Coventry to win 4-2

Pirates only fixtures on this date came in 1991 and 1992, both play-off games, both away to Durham Wasps and both thumping wins for the Wasps 11-2 and 11-5 respectively

An infamous and famous date for Phantoms. First up, in 2003, they lost 0-10 in the play-off final first-leg in Milton Keynes but in 2009 they had their greatest day when they defeated the same team 5-4 in Coventry to win the play-offs and complete the Treble 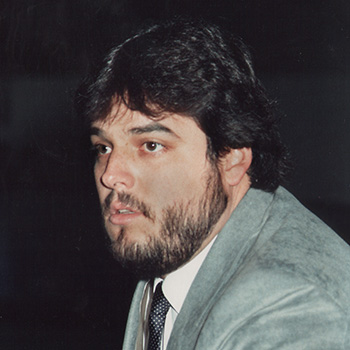 1993 saw the Pirates beat the Sheffield Steelers 8-5 at Bretton in the play-offs ….. the one and only occasion that the Steelers lost to a Peterborough side !

The one Phantoms game on this date came in 2003 when they, not surprisingly, failed to turn around a 0-10 play-off final first-leg deficit against Milton Keynes and indeed lost the second-leg at Bretton 4-6

In 1984, the XXL Pirates netminder/coach Ron Katerynuk actually played out as a forward in Pirates 8-13 defeat up at Blackpool ….. how did I miss that ?!!!

Neither Pirates nor Phantoms have ever played a fixture on this date !