One of the joys of the early Pirates seasons were seeing numerous touring sides dropping by and on this date in 1984 it was the turn of the South Shore Kings, a collection of high school players from Boston who beat Pirates 4-2

In 2005, Phantoms won their Coventry semi-final but only just ….. a 4-3 victory over the unfancied Romford Raiders (above)

An early play-off encounter against the old enemy, the MK Kings, took place at Bretton on this date in 1993 and it was a real barnburner with Pirates winning 9-8 !

Phantoms have played twice on this date, both play-off games, both against MK Lightning and we didn’t win either. In 2004, we drew 1-1 in Milton Keynes where coach Kevin King laced them up for a mini come back and in 2005 we were trounced 2-7 in the Play-Off Final in Coventry ….. not a nice day ! 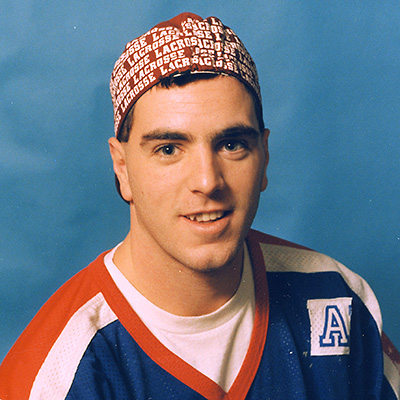 On this day in 1991, Pirates needed three points from two games to make Wembley for the first time ever but they nearly blew it on a nervy night at Bretton against Solihull Barons who held them to a 6-6 draw

One of the greatest nights in Peterborough hockey history occurred up in Glasgow on this date in 1991 when Pirates, as rank outsiders, needed to beat Ayr Raiders to make the Wembley Championship Finals. Raiders came from behind to score a likely game winning goal at 7-6 with less than two minutes remaining but then they discovered just why Danny Shea achieved legend status here despite playing less than one season at Bretton. The American forward scored twice inside the last ninety seconds to stun the Raiders fans and send Pirates to Wembley !

This was, however, the date in 2002 when Planet ice announced publicly that they would not allow British National League hockey at Bretton ever again thus bringing to an end the Pirates era and opening the door to the Phantoms era and English Premier League hockey