In 1984, Pirates won the big title decider in Solihull by a spectacular 11-4 with Mike Andrews top scoring with 4+0. The crowd was 2,200 and Pirates took a convoy of six coach loads of fans !

A then record 1,500 fans squeezed into Bretton in 1983 to see a challenge game against the mighty Nottingham Panthers who inflicted a 6-9 defeat on Pirates with John Lawless top scoring on 2+1.

In 1987, Pirates defeated Cardiff Devils in Cardiff 5-4 and in 2001 they thrashed the Edinburgh Capitals 15-1 in Bretton …… not sure those results would happen today !

In 2009, Phantoms lost 3-5 in Guildford to lose the six game series 1-5 but they still went on to pip the Flames for the league title !

In 1987, Pirates shared fourteen goals in a 7-7 tie away to the now defunct Bournemouth Stags.

In 2003, Phantoms won 7-0 in Slough as they battled Milton Keynes Lightning for the EPL title.

In 1986, Pirates faced the mighty Durham Wasps at Bretton without a coach as their Finnish main man Erkki Norrman had made a sharp exit during the week after failing to secure a work permit. Pirates lost the game 3-13.

In 1987, Pirates played midweek hosts to the touring Ontario based Scarborough Brew Crew and edged them out 9-8 while in 1990 they beat Ayr Raiders 6-5 despite the Raiders icing Wayne Gretzky’s brother Keith !

On this day in 2002, Jason Porter made his 706th and final appearance for the club with his shirt being retired after a 9-1 thrashing of Cardiff Devils. 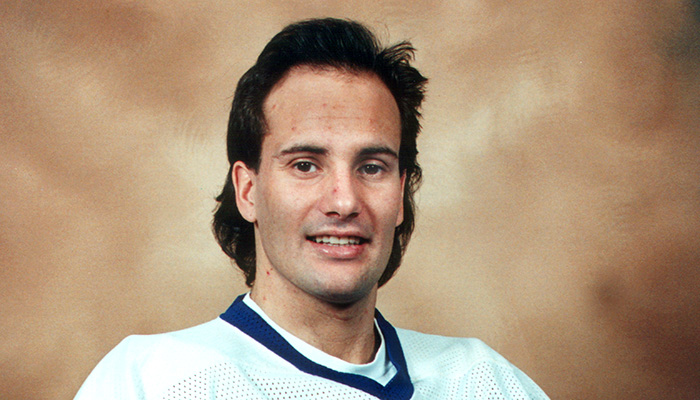 1996 saw the final appearance in a Pirates shirt of popular Canadian speed demon Brent Bobyck who finished it all in a 9-5 home win over Swindon Wildcats.