Make no mistake about it, Sunday’s potential title showdown with Basingstoke Bison is about as evenly poised as it could possibly be.

Whether it be goals scored, goals conceded, head to head record, last ten fixtures between the two at Bretton, player CVs, coaches, netminders, you would be hard pressed to find daylight between them so, on paper, this one finishes pretty even.

Unfortunately, pretty even isn’t good enough for Phantoms who will need to win by two clear goals to edge ahead of Bison in the title race. So how do we create that daylight ? Where can we gain an advantage over a team that traditionally matches us game by game ?

A Bison fan earlier in the week commented, “…… it’s going to be tough. Peterborough is a tough place to go to – small ice pad, hostile and noisy crowd as well”. Well there are two potential ace cards we can play on Sunday !

The Bretton ice pad is not only small, its also in less than pristine condition with lumps, bumps, cracks and more. Bison won’t be used to it nor will they be comfortable on it whereas we train on it and play on it every week so lets take advantage of that. Keep the game simple ….. it really isn’t a great surface for an over-elaborate passing game.

Secondly, we touched on the part the fans can play earlier in the week. When our barn is rammed and when our barn is loud, then it is genuinely an intimidating place to play for opposition teams and that has been reported by players for many decades so once again, if you are thinking of giving the game a miss for whatever reason, stop, give your head a wobble and change those plans ….. be there and make a difference. This is YOUR time to step up and play a part !

Aside from the ice and the fans, what else do we need to get right on the night ?

How about we unleash the beast ?

In Slava Koulikov, Phantoms possess a supreme tactician with bags of UK hockey experience and, as we 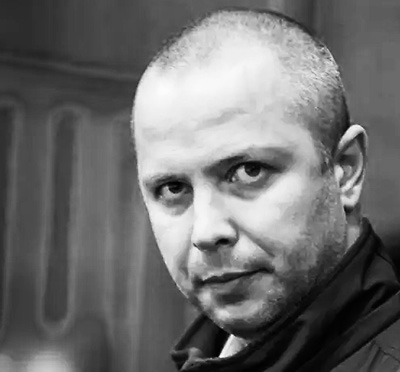 saw both in Bracknell and London, he has established playing systems that most opposition teams simply can’t match up to. Our last two road wins were all about a ruthless efficiency that saw Phantoms coast to big wins without ever seeming to get out of second gear …… but Sunday’s challenge is altogether different.

In Doug Sheppard, Bison have a guy with thirteen UK seasons behind him, playing at EIHL and EPL level and he also knows the game. Like Phantoms, he also has an experienced and very capable backbone to his side and they can do tactics and do them very well. Games between the two sides over the last three seasons more than suggest that if Sunday’s game is played purely as a tactical chess game then it is likely Phantoms will come up short of their goal.

As the talented Wildcats of Swindon discovered in early big game match-ups last season at Bretton, Phantoms have it within them to come out, wreak havoc in the first twenty minutes and win the game early. For me, that is how we must take on Sunday’s game. Unleash the beast and hit Bison hard in that first twenty minutes. Rain in the shots on goal, crash the net for rebounds, get in the face of their netminder and generally intimidate them from the start …… get Bison out of their comfort zone from the first drop !

Two weeks ago, Bison were given a hard time down in Romford as the lively, hard hitting, hard working Raiders very nearly beat them. Last week, they were less than convincing against a fiery Bracknell side who sadly went too far in the end but as a Bison fan reported after that one, “our players didn’t look comfortable with the physical side of Bees game” …… in short, you might conclude that Bison do not like it up ’em so what are we going to do about that ?!!!

Phantoms 2017/18 possess a number of fiery players who traditionally like to mix it up but who have been very much reigned in this season to fit with the coach’s preferred style of systems and disciplines but on Sunday, for the first period at least, we need to unleash the beast, let them off the leash, controlled intensity and aggression.

Get the first period right, then bring in the tactical systems to close down the response and I genuinely believe we can do this !