Twenty five years ago to this day, Peterborough hockey fans woke to their worst nightmare ….. the apparent end of ice hockey in the city. The rink had closed, the doors were chained up and the front entrance carried the ominous notice that stated that the rink was closed and would not be re-opening !

The leasehold owner of the rink was losing money and had made it clear for some time that he wanted to convert the building back to its original purpose as a general warehouse but it wasn’t that easy. The terms of his lease meant that he could do nothing while the ice hockey club was operating so his hands were tied. In an act of desperation, he hatched a “cunning plan” which involved announcing the closure of the rink for a few days while he carried out much needed improvements.

The club and the fans were more than happy to hear of the improvements to come but within hours of the final game before closure ending and in a fit of frustrated spite, he switched off the refrigeration unit, melted the ice, ripped out as much of the refrigeration piping as he could, dragged it outside and set fire to it …… after which he walked away and called in the administrators !

Things looked bleak but the hockey club moved fast. They gained the backing of the hockey authorities to continue playing out of whatever rinks would give them ice-time to play “home games”, they arranged a meeting of fans at POSH’s London Road suite and they secured, in principle, a £100,000 deal with the rink owners to move back in …… subject to them also funding the rebuild of the rink !

It was a desperate situation for a club that was already bumping along the poverty line before this happened but deals were struck, loans were secured and now it was just down to rebuilding the rink. The estimated cost of the rebuild was just under £300,000 but fans rallied and started to volunteer time and skills and equipment and money and an audacious plan was hatched to rebuild the rink via fan-power alone.

It started with fans setting up 24/7 security at the rink which had already been further damaged by vandals ….. heaven only knows what would have happened if the vigilante hockey fans on duty had confronted anybody doing damage to their rink ! On 27th October 1993, the club obtained the keys to the rink and over the next 52 days, around 200 fans, players and officials gave up their time, their holidays and more to work non-stop on rebuilding the rink and meet an aspirational re-opening date of 18th December 1993.

The full story of the lead up to this traumatic time and the detailed steps taken to convert the shell of the old rink into the rink we see today requires many more words than this but, suffice to say, the fans response to the ending of ice hockey in the city was the stuff of legend. It is what the board at the foot of the steps to the bar is all about and it is what Peterborough hockey fans are all about …… a passion and a pride that should be valued and celebrated by all of us.

Below are a series of images from the closure and rebuild. They are mostly screen grabs from an old VHS video that covered much of what happened so the image quality is poor but still very worthy of sharing with today’s hockey fans. 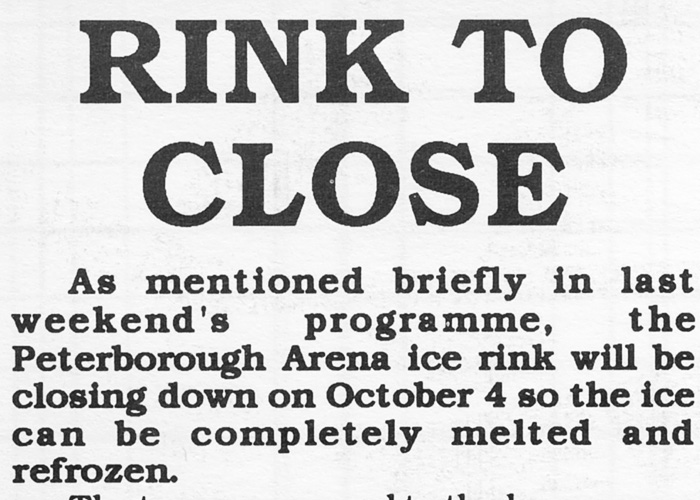 The programme announcement a few weeks before the closure 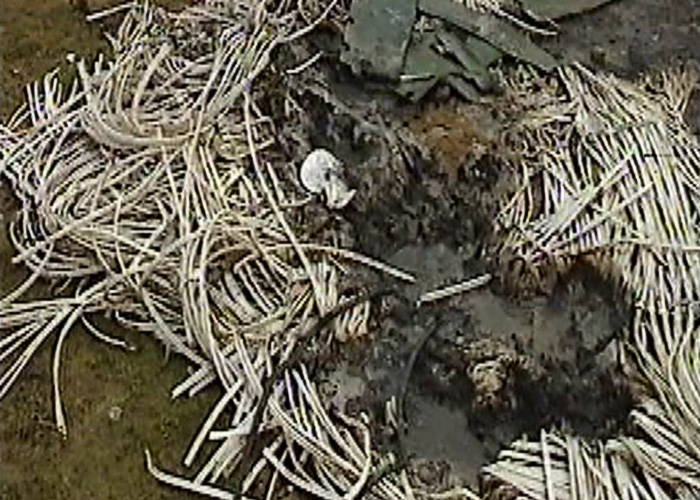 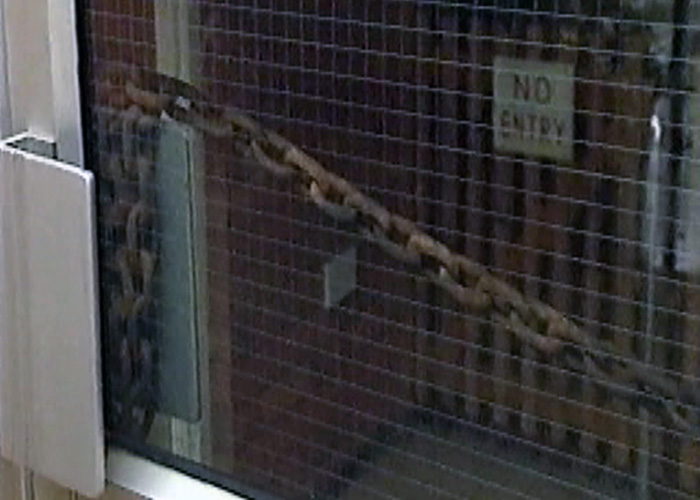 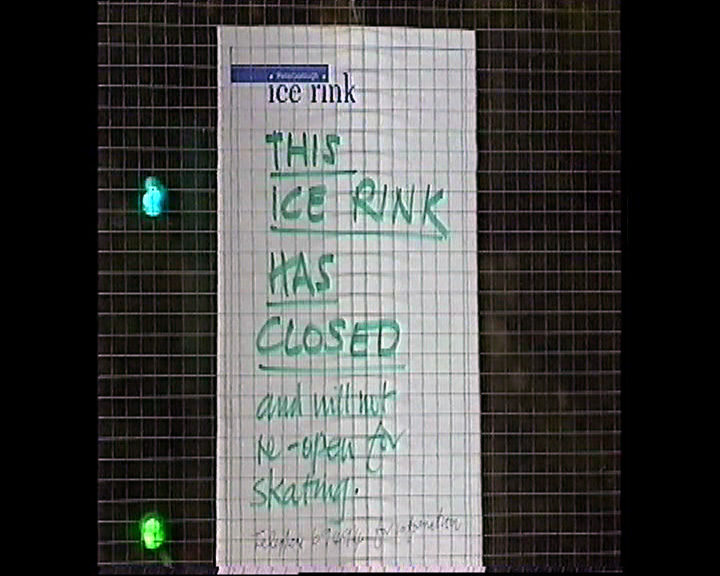 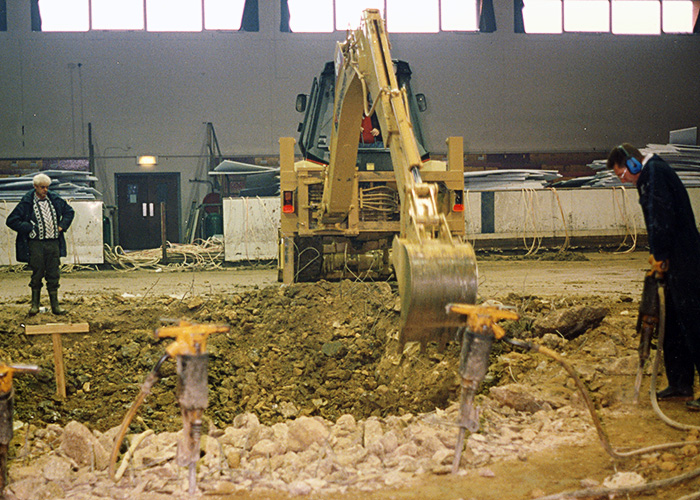 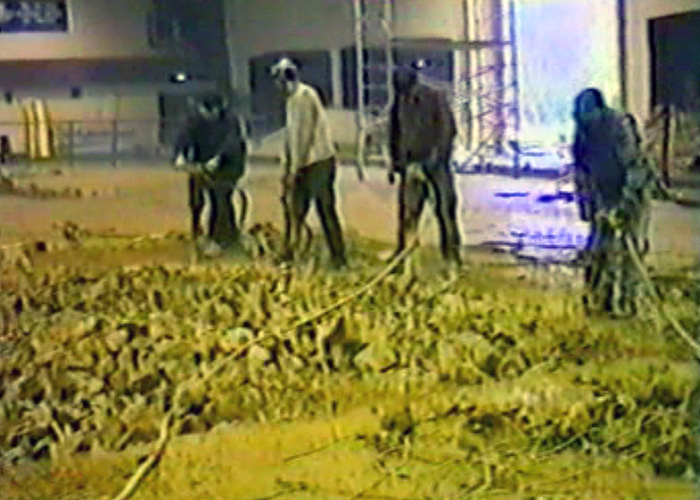 Pneumatic drills breaking up the old sand base 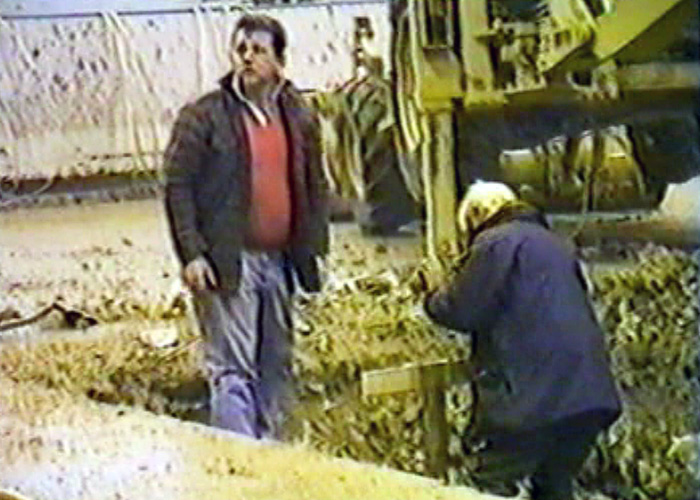 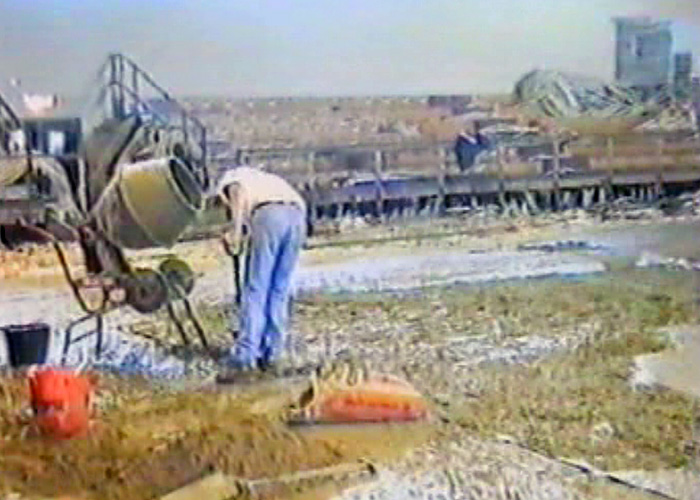 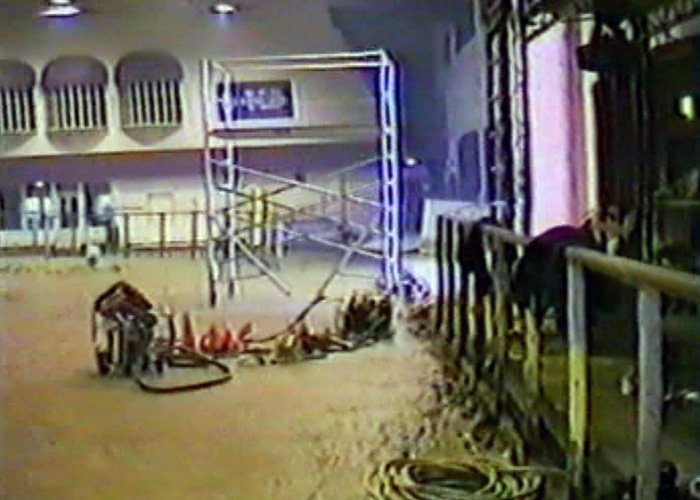 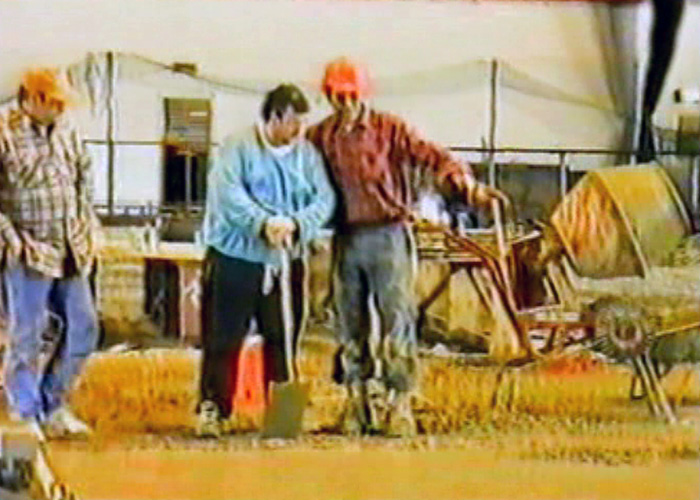 Pirates coach Heavy Evason (in blue) getting his hands dirty 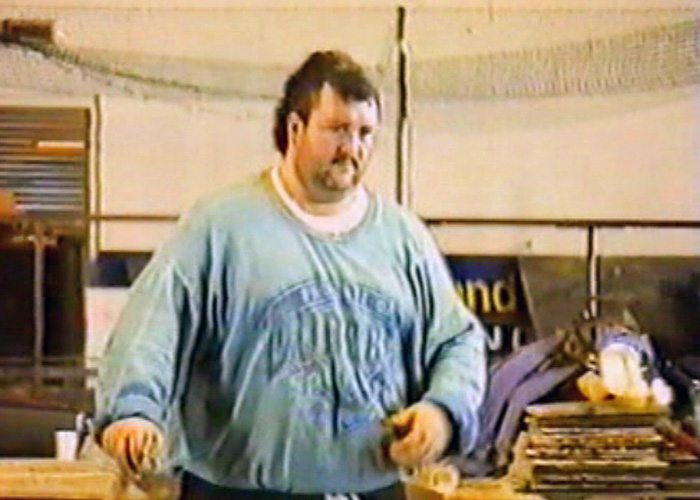 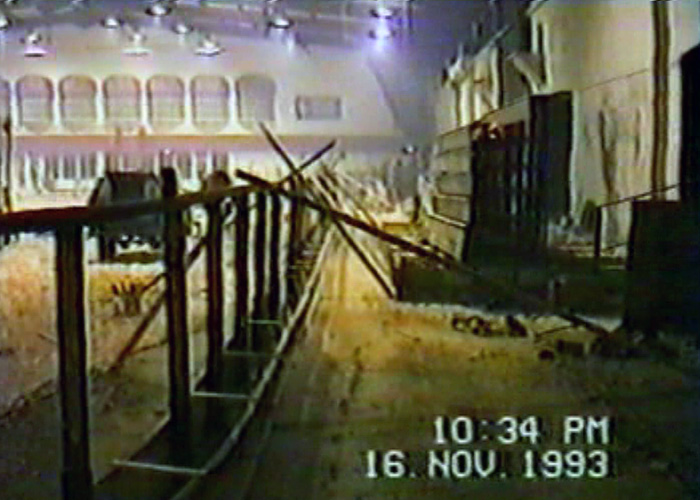 The new rinkside boards framework, moved away from the wall to allow seating to be installed 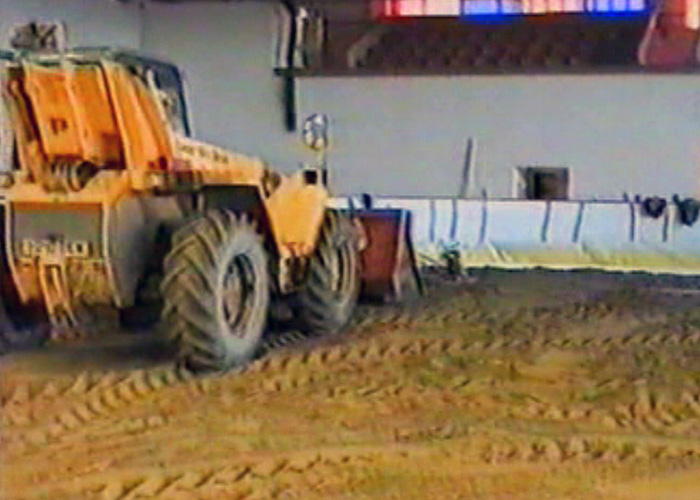 The new sand base being leveled 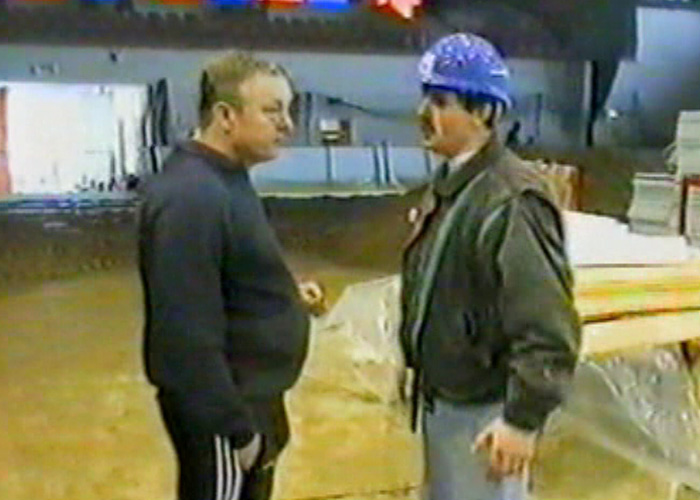 One of the founding fathers of Peterborough ice hockey, Eddie Porter, on the left 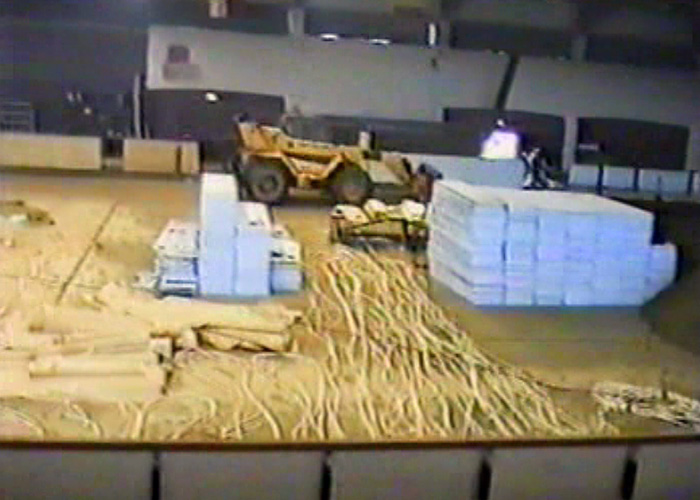 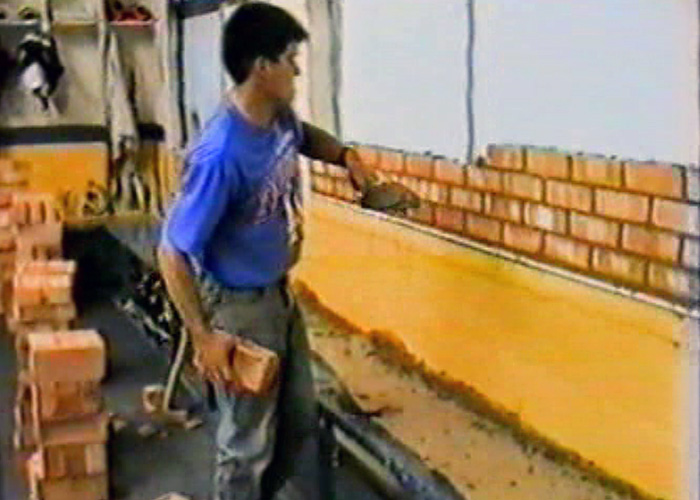 One of the founding forces behind Peterborough hockey, Tony Hunter, building the current day locker room 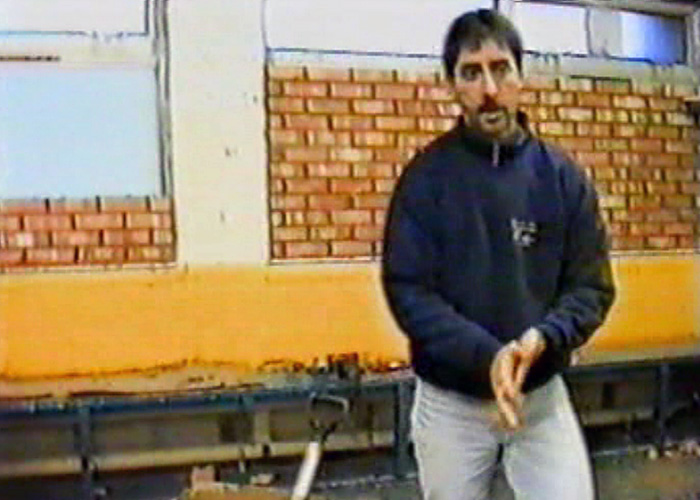 Former Maple Leaf draft pick Cam Plante getting involved – as were his wife and kids ! 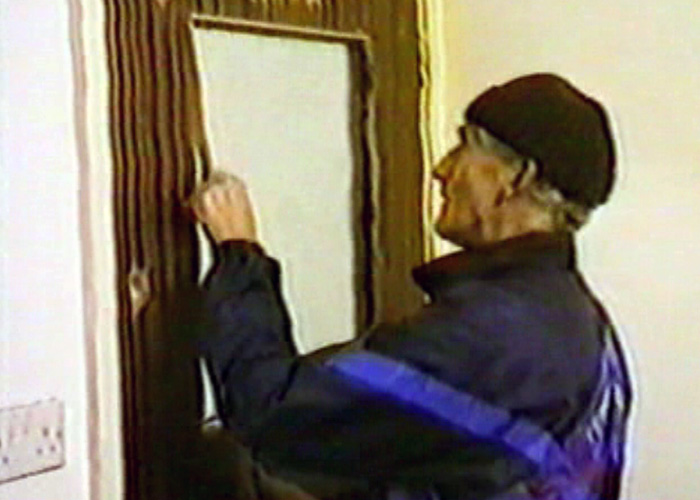 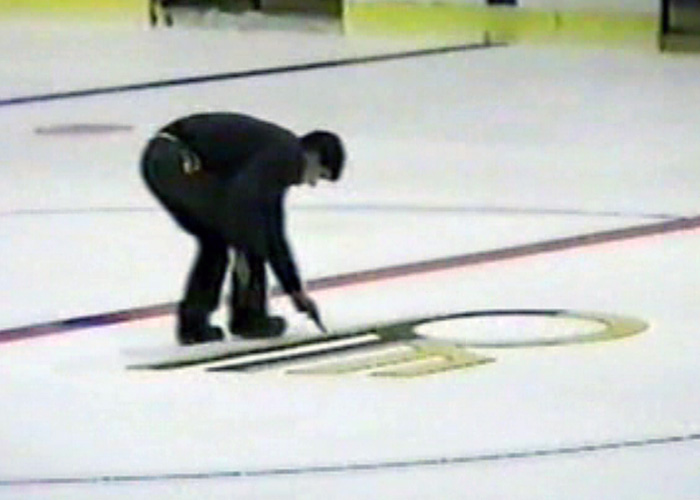 New artwork being added before flooding the new pad 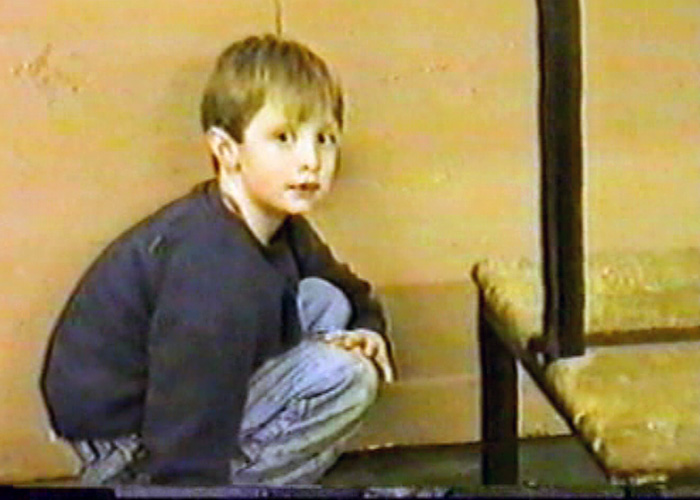 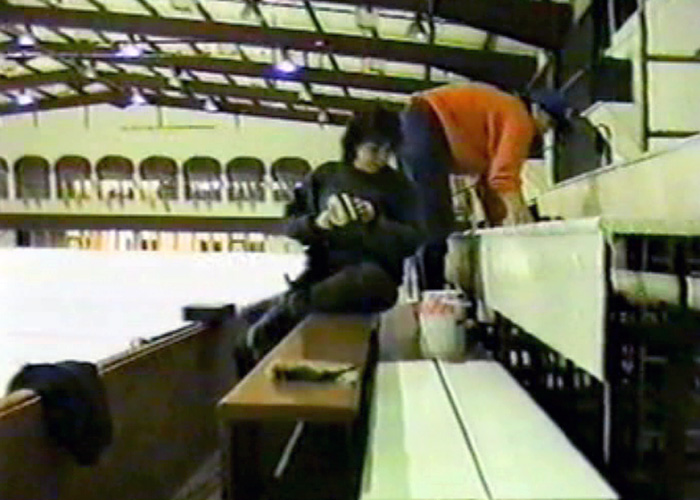 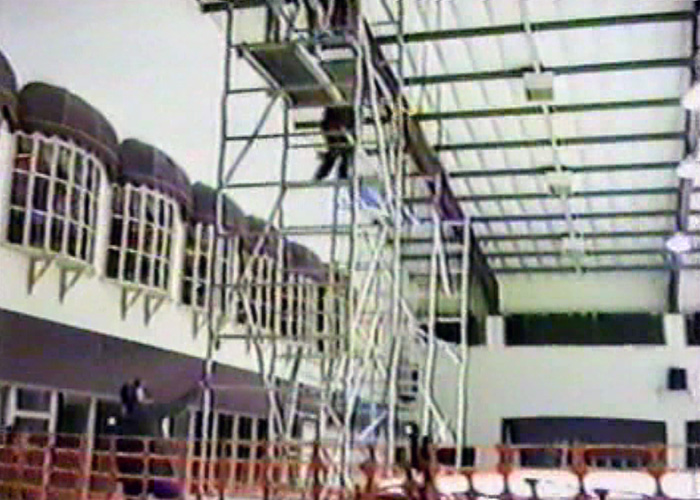 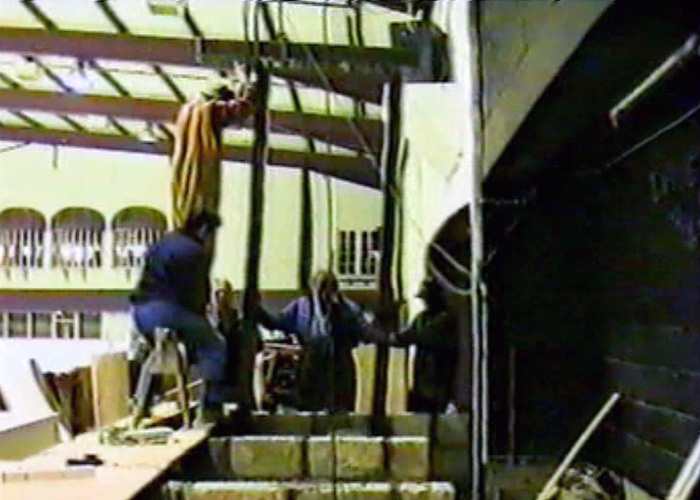 Hauling the huge and heavy metal framework for the announcers box ….. we couldn’t afford the lifting gear so it was carried in by many hands ! 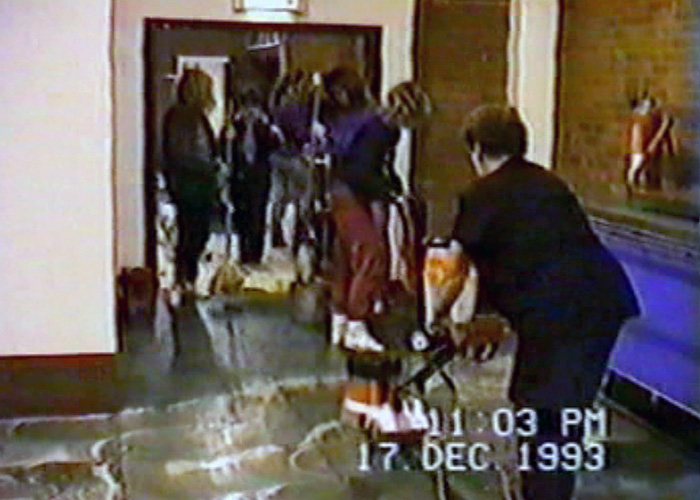 Late evening before the next day’s re-opening game and a lot of cleaning still needed to be done ! 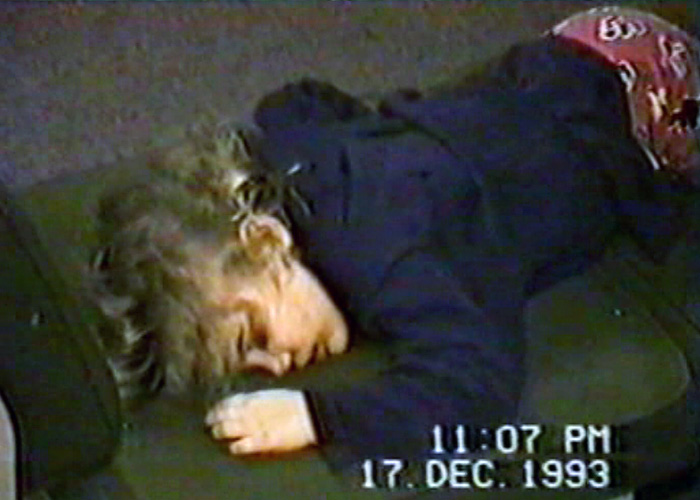 Well past bedtime but this little trooper was up and grafting again in no time ! 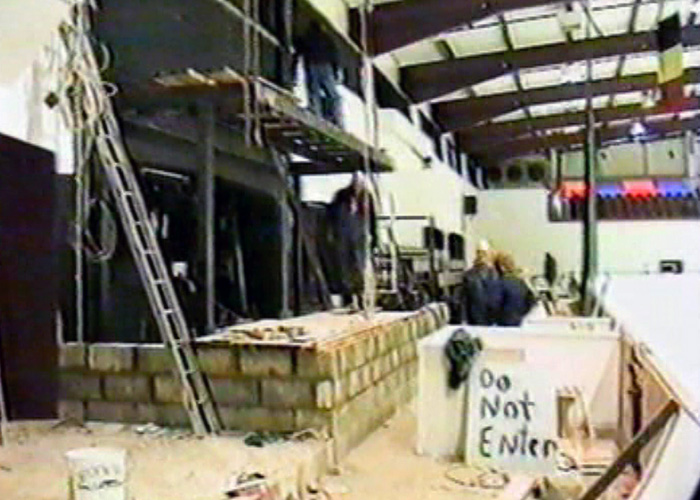 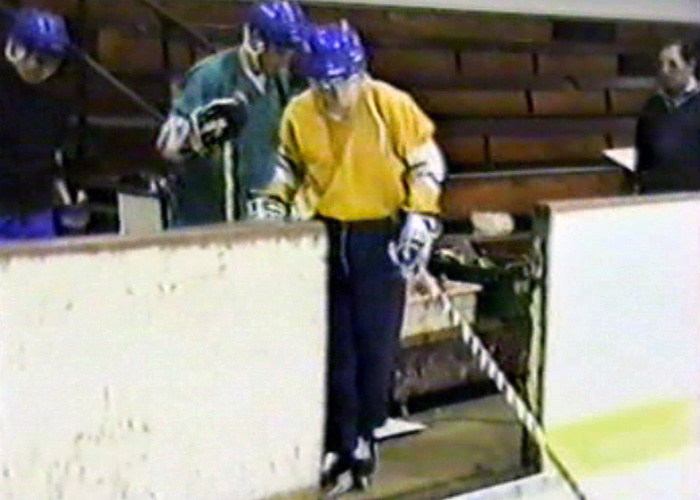 Game day and the Pirates check out the new ice for the first time ! 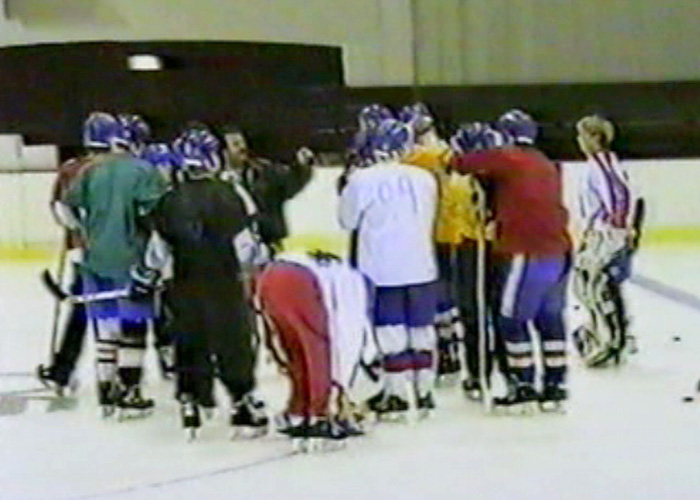 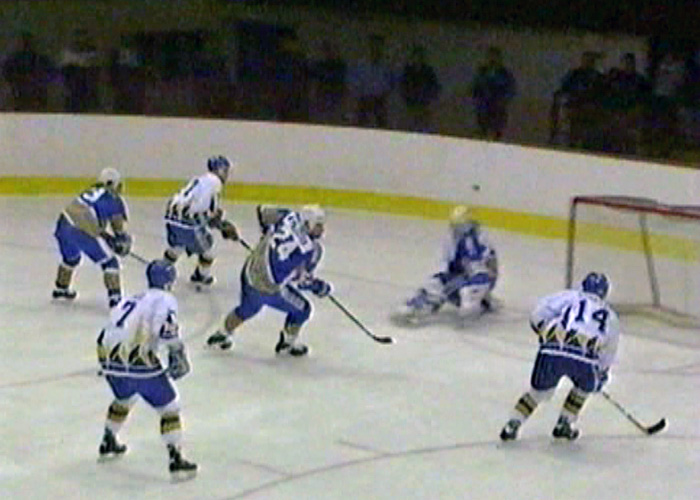 The opening game against Durham Wasps