23rd November 2021 marks the 40th anniversary of the opening of Bretton ice rink which opened in 1981 albeit not quite to plan !

In the late 1970s, Cambridge City Council agreed “in principal” to the building of an ice rink on the outskirts of the university city, close to where the A14 approaches today. The company looking to build the first new rink in the UK since the early 1960s was Huntingdon based Anglia Leisure Ltd but, fuelled by the impending economic recession in 1980, the council dragged its heels on a final decision and associated planning permissions. Frustrated by what the builders saw as diminishing enthusiasm from the council for the project, they abandoned their plans and headed off to look for a site elsewhere.

That search took them the short distance into Peterborough where the recession was being countered by the work of the Development Corporation who were looking to expand the city, attracting businesses with supporting infrastructure that included leisure facilities so were more than enthusiastic about the prospect of an ice rink being built. In preparation for the anticipated influx of new businesses, the Development Corporation had overseen the building of many industrial parks with warehouses of varying sizes and this gave Anglia Leisure an opportunity for a “Plan B” approach.

Rather than build a rink from scratch and risk delays in gaining the required permissions that frustrated them in Cambridge, they looked at the idea of adopting an existing empty warehouse and building the rink infrastructure within it. The plan not only manoeuvred around traditional building “red tape” but it gave Anglia Leisure a jump start and opportunity to deliver a rink to their original timescales and, of course, it was a money saving option which was of growing appeal as the UK slumped into economic crisis.

It appeared to be a match made in heaven, a deal was struck for a mere £1.75M and work commenced in 1980 on creating the ice rink inside a large warehouse site off Mallard Road in Bretton (below). 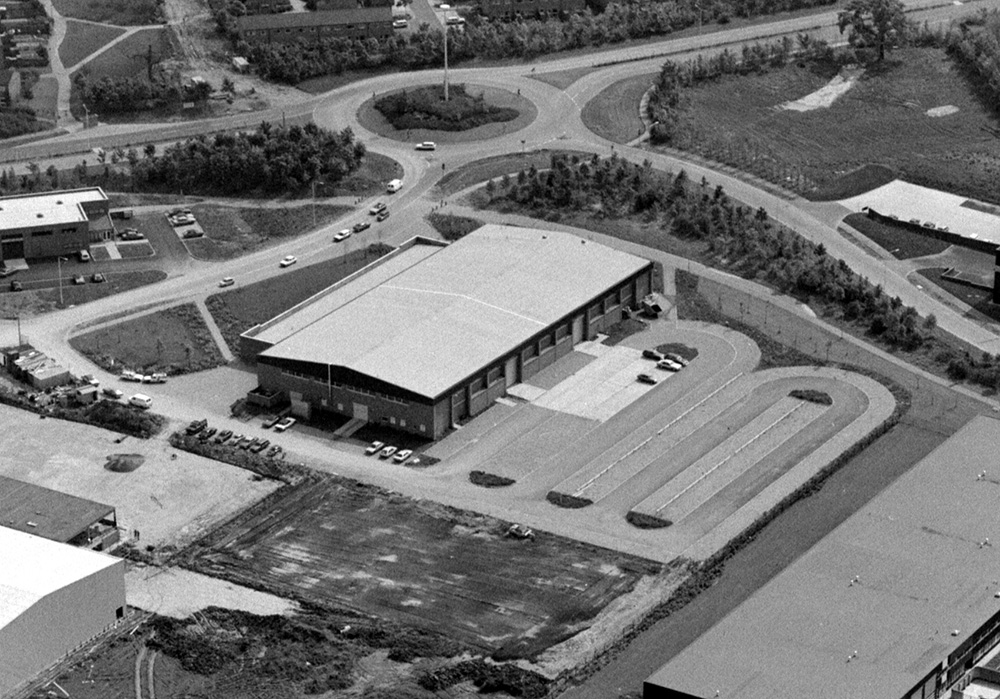 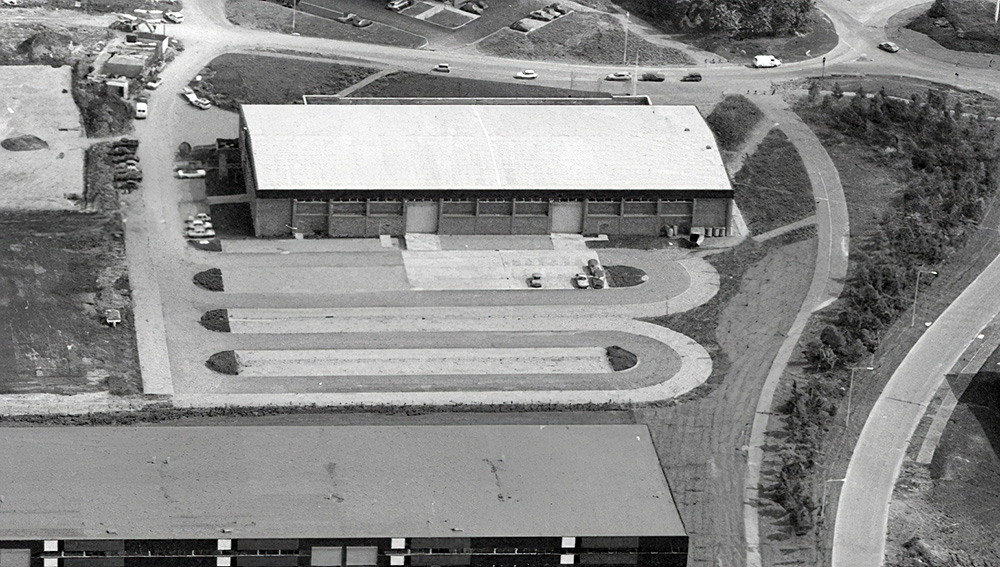 By the Summer of 1981, the rink building was complete and in June 1981, Glinton based Dennis Adams Enterprises Ltd moved in to take on the operation and management of the rink.

With plenty of “low level” enhancements still to be made to the rink, plans were made for an official opening in May 1982 but with the ice-pad down and the refrigeration plant operating and running up costs, Adams decided to open up “unofficially” on Monday 23rd November 1981 …… albeit the “Official Opening” didn’t take place until the following May as planned.

In readiness for the rink opening in 1981, Adams had employed four professional skating instructors to give lessons in ice-dance and figure-skating and there was already an indoor speed skating club established and ready to go from day one …… not surprising as there was a heavy speed skating bias throughout the new rink with the Assistant Manager being the reigning Fenland speed skating champion and the rink engineer being an established international skater !

Nottingham Panthers had already been in touch with an offer to “establish” an ice hockey team and the Bradford based rink engineer had already alerted players at his home rink to the ice hockey potential but that, and the birth of ice hockey in the city, is a whole new story to be covered in the near future as that reaches its own 40th anniversary ! 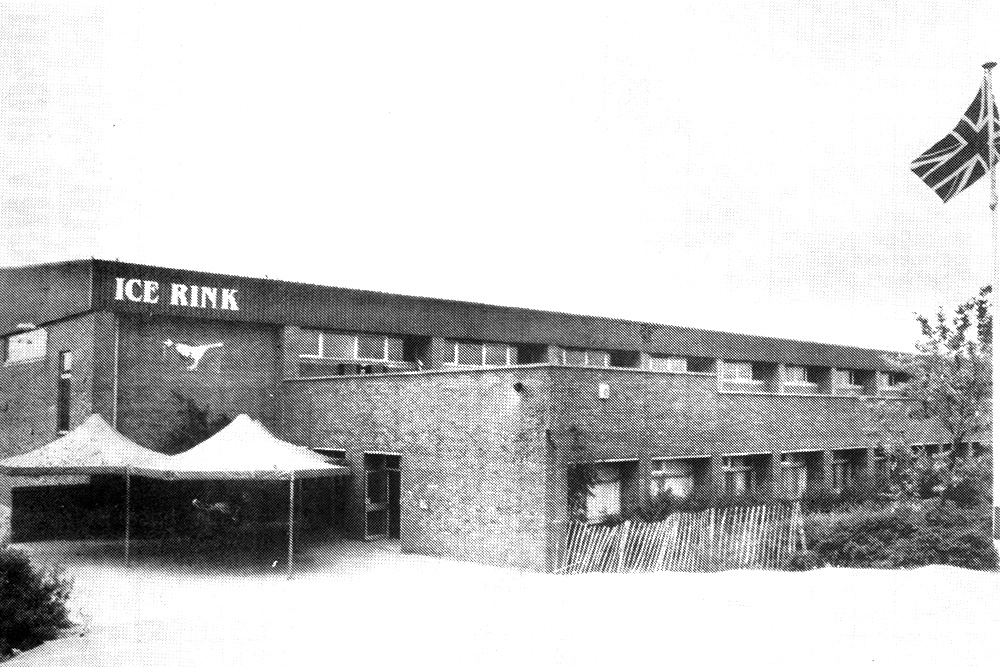 CITY GETS SKATES ON – £1.75M ICE RINK OPENS AT BRETTON ON MONDAY

THE city gains a major new sports facility on Monday when the East of England Ice Rink opens in Mallard Road, Bretton. The centre, which cost £1.75 million, has been developed by a Huntingdon-based company, Anglia Leisure Ltd.

It will be open for leisure skating every day from l0am and there are plans to involve schools and factory workers in special sessions. They are offering large discounts for school or college parties and free lessons.

Besides the leisure skating, which will obviously provide the bulk of the centre’s income, ice-based sports are also fitted in.

Four professional instructors have been employed to give lessons in ice-dance and figure-skating, besides teaching beginners, and there is a system of grades with badges for achievement. Marjorie McCoy, a former British ice-dance junior champion, says she expects initially to be taking mainly beginners classes.

“Once people have learned to skate, we hope they will want to learn dance or figures and we can form a special section”, she said.

The rink has been built to an internationally recognised size and can stage speed-skating events. This traditional sport at the fens his already been catered for at the centre and a group – the Fenland Indoor Speed-Skating Club – has formed. Among its members are John French, who represented Britain at the Lake Placid Winter Olympics and who lives in Farcet, Lincolnshire champion, Alan Fisher and international John Webster.

Paul French, brother of John, is himself Fenland champion and is the assistant manager of the new rink. He predicts a bright future for this section and says that in six months the club should be strong enough to enter national competition. An hour and a quarter has been set aside from 12-45pm on Sundays for speed-skating and Paul says youngsters from eight upwards can take part.

There are also plans to establish ice-hockey teams if there is enough local interest and the ice rink at Nottingham, the nearest to Peterborough, has offered to establish a club here. A demonstration match will probably be arranged in the next month.